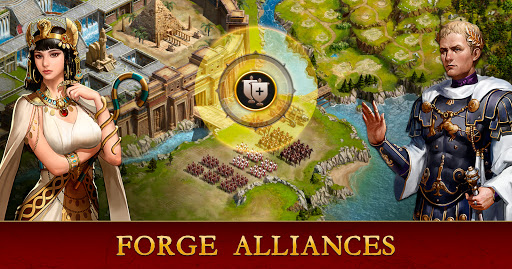 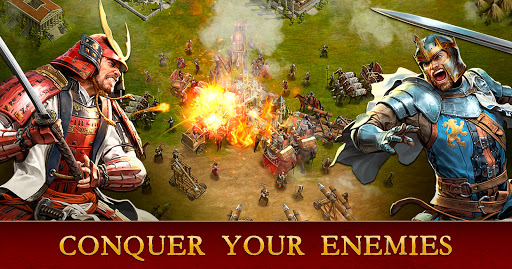 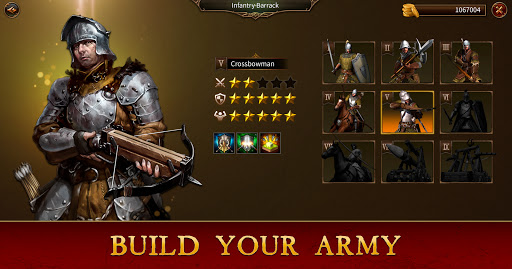 Build your empire and conquer civilizations in Reign of Empires. This strategy war game pits competing nations in a battle for domination throughout history, and only you can lead one to victory.

Conquer kingdoms and build civilizations as one of eight great nations. Develop civilization, wage war against opposing nations and collect national treasures from your civilization’s history.

Build your civilization by growing and managing your resources. Conquer kingdoms and explore the world while building your nation’s history, from the bronze age to the modern era.

Battle kingdoms and lords in PvP matches, testing your army’s might against other players. Conquer opposing armies and prove your nation is the greatest, or build an alliance that can fend off any threat!

Build an army and conquer the world in Reign of Empires – download now!

▶ Lead Civilizations to Take Over the World!
– 8 Civilizations to choose from – Korea, China, Japan, India, England, Rome, Egypt or others.
– Build an empire – soldier types, national treasures and traits vary for each civilization.
– Build a civilization from the Bronze Age to Middle Ages to the Renaissance!
– Build your kingdom faster than your opponents and launch a war of domination!

▶ PvP
– Battle against fellow players!
– War games pit your civilization against those built by players worldwide.
– Conquer other kingdoms and rise to the top!

Build an empire, form alliances with Civilization Leaders and conquer the world in Reign of Empires! Download now!

※ Internet access is necessary to play Reign of Empires.
※ With further updates, devices with lower specifications could be no longer supported.
※ Please read the User Agreement before playing Reign of Empires. Accepting User Agreement conditions is mandatory for using all game services.
※ There is a chance of data loss when playing through guest account. Please understand it is not always possible to restore data in such cases.
※ It is recommended to sync your game account through “Environment Settings” -> “Associated Account” -> “Sync Account.”