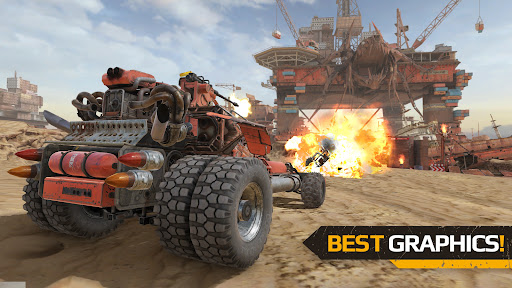 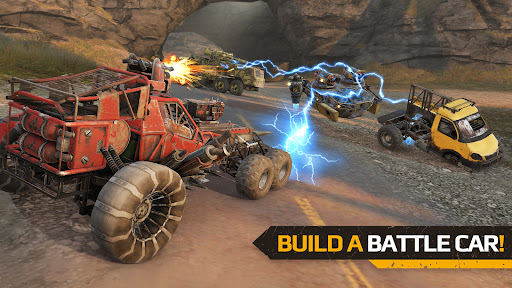 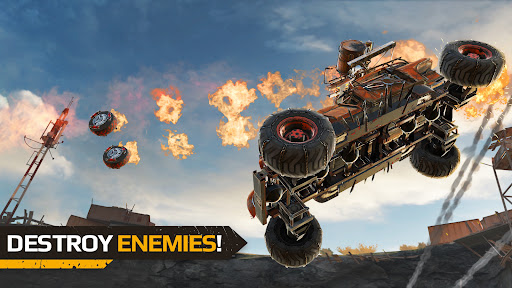 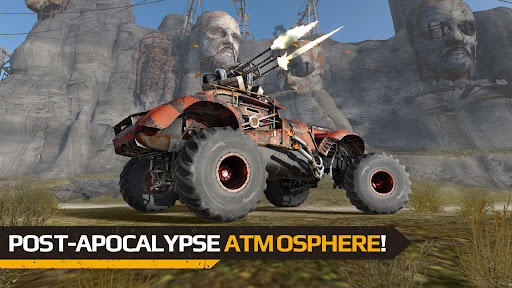 Build your own unique battle machine and win in exciting PvP battles!

The mad post apocalyptic world has turned into a huge battlefield. Fearless raiders in deadly armed vehicles fight for resources and domination. Build your own full-metal monster and turn your enemies into scrap!

*** FIGHT IN A TEAM: PvP battles for 6v6 players. Ruthless post apocalyptic battles will demonstrate who is the best driver!

*** BUILD YOUR UNIQUE VEHICLE: heavy armored car, nimble buggy or an all-purpose wagon – create a ride that fits your style of game play. Hundreds of parts and millions of combinations!

*** UNIQUE DAMAGE MODEL: shoot off any part of the enemy’s vehicle – immobilize it or leave it defenseless. Take your enemy apart!

*** FACTIONS: Engineers, Nomads and others. Fight under the flags of post apocalyptic groups who will reward you with new parts and special skills!

*** TAKE FIRST PLACE: fight with real players from all over the world for the right to be the most courageous hero of the post apocalypse world.

• New season of the Battle pass. Participate in the race based on the received levels and receive great rewards at the end of the season! • Added new epic parts: nailgun “Summator”, combat laser “Trigger”, combat laser “Blockchain” and the “Omnibox” cabin • New brawl “Knives out” • New season pack “Rakshasa” with a unique epic cabin “Cerberus” • Balance changes for vehicle parts • Improved stability • Improved interface
Installing games and programs Installing games with a cache How to make a screenshot