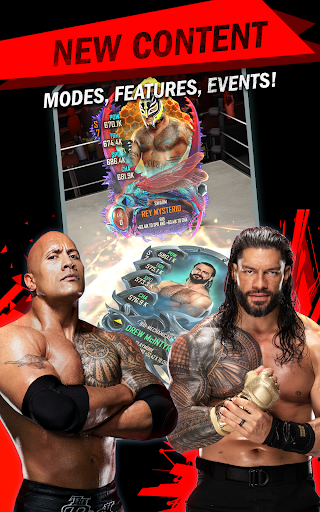 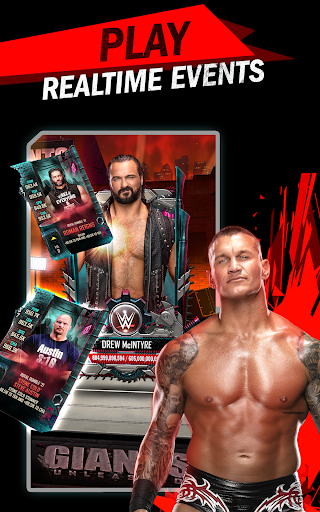 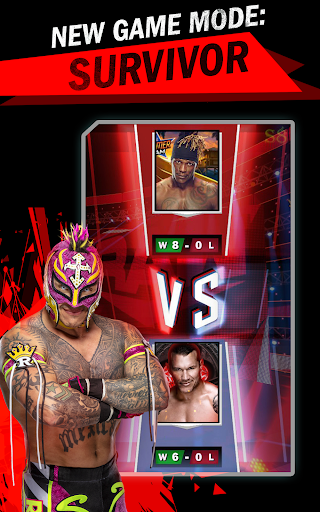 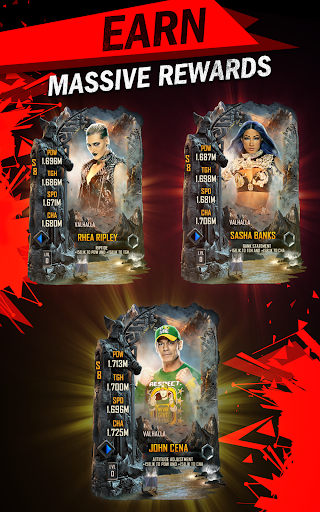 From the creators of NBA 2K, WWE 2K, and WWE 2K Battlegrounds, WWE SuperCard is the longest-running WWE game where you build your deck and battle cards featuring WWE Champions and Superstars. Step into the ring and slam your way to victory. Join us for Season 8 featuring new card tiers and designs, new features, and exciting new game modes! Superstars, get your battle cards ready!

Collect and battle cards featuring WWE Legends and Hall of Famers from throughout WWE history. Build your deck and battle other players across a variety of game modes, real-time events, and PVP matches. Choose your battle cards wisely in the all new real-time PVP game mode: 24/7 Champions. The strength of your cards determines what tier you compete in. Does your deck have what it takes to take on the 24/7 Champion?

Battle cards and dominate in tiered, real-time PVP matches like 24/7 Champions and other card fighting game modes with your favorite WWE Superstars. Build a deck from thousands of cards to leg drop, Rock Bottom, and slam into the virtual mat. Create the ultimate team of superstars and crush the competition!

The SuperCard universe expands with each update. Collect cards inspired by WWE Network premium-live-events such as Royal Rumble, Survivor Series, SummerSlam and more! Get collectible cards from the latest weekly shows, like SmackDown, Monday Night Raw, NXT, and NXT UK.

Action card collecting and WWE make the ultimate tag team. Become the ultimate card collector and join millions of players across the globe on WWE SuperCard — and jump into its high-octane twist on CCG gameplay.

Build your card collection of WWE SuperStars, and step into the ring to battle it out in the new Season 8 of WWE SuperCard.

WWE SuperCard is just one of the many titles brought to you by 2K including NBA 2K22, the upcoming WWE 2K22, PGA Tour 2K21, Bioshock, Borderlands, XCOM, Mafia, Civilization, and more!

Do Not Sell My Personal Information: https://www.take2games.com/ccpa

Join us in our celebration of the Show of Shows. Here is what’s new: - WrestleMania 38 tier has arrived, delivering 70+ new cards. - 24/7 Champion is a new limited-time mode that tasks you with earning the 24/7 Champion title and defending it against opponents. - The Head of the Table is taking over Money in the Bank mode this April. - We’re upping the card cap for all current players and are rolling out a new progressive card cap system that unlocks space based on your Top 8 tier."
Installing games and programs Installing games with a cache How to make a screenshot